In My Footsteps: Nina Finds Grampa In Heaven

(Based on a vivid dream I had the night my Nina died. I'm presenting this like an illustrated short story. All photos used are my own, or creative commons/public domain. I hope it brings you hope and happiness)

A bright shapeless entity floats toward the gates of heaven. It is Nina in her spirit form. She moves toward the gates but is beckoned toward a small building to the right. She enters and a man behind a counter welcomes her to heaven. His only distinguishing features are that he is thin with short dark hair.

The interior of the building is very similar to a dry cleaning business. There are countless outfits in garment bags on hangars that seem to go on forever despite the building not have appeared to be so big from the outside. He explains that before she enters heaven she has a choice to make. As it is heaven for everyone Nina is allowed to choose the exact appearance that she takes upon entering. 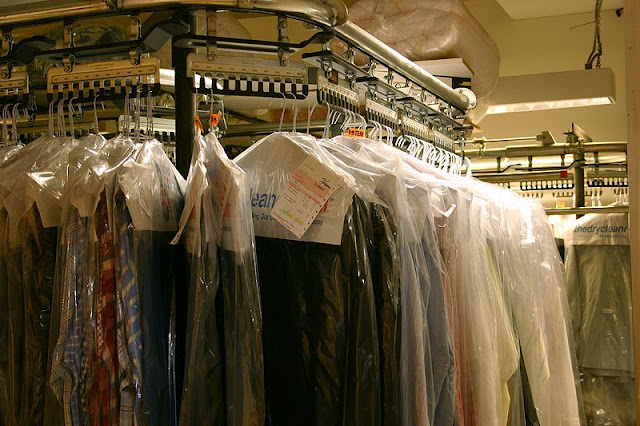 The man presents her with a digital book. Inside it are images of Nina from every possible time of her life. He explains that she gets to flip through the images, much like swiping through photos on a smartphone. Once she gets to one that she likes he will retrieve that outfit for her. Nina swipes along, eventually settling on a the version of herself that she wants to wear for eternity. It is difficult to know the exact age she has chosen but it is likely sometime in her 30's or 40's. 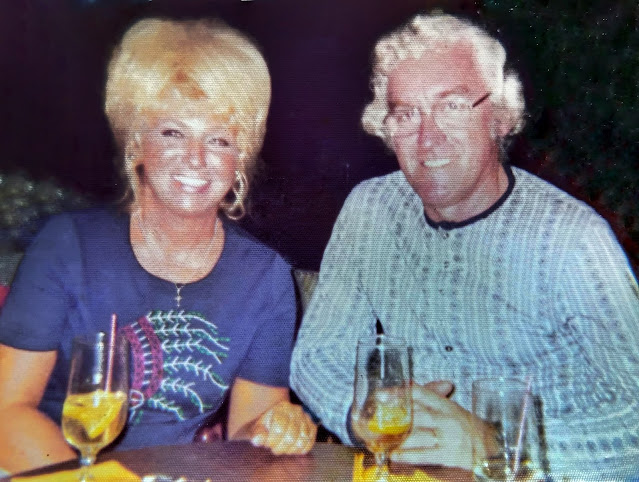 The man behind the counter asks her if she is sure and Nina says yes. Once in agreement he thanks her and says he'll be right back. He returns with the garment bag that matches the form Nina chose. She enters the outfit much like entering a sleeping bag. The man 'zips' it up essentially allowing Nina's spirit to begin running the body. After this she is told that now she may enter heaven. She exits the building as the gates to heaven slowly open.

Immediately we are taken to a narrow, slightly curvy cobblestone street. It feels similar to England in the 1880's. It is dusk and it is misty but not in an eerie way. The street is lined with lamp posts that give the surrounding area an orange glow due to the mist. Nina walks down this street as if she already knows where she is going. There is no looking around in wonder at this street in heaven. After rounding a slight curve she stops at what must be a nightclub as there is the faint sound of music from inside. A large imposing bouncer stands outside a heavy wooden door with a thick vertical handle. Nina stops and before even saying hello the bouncer breaks his menacing stare and smiles. 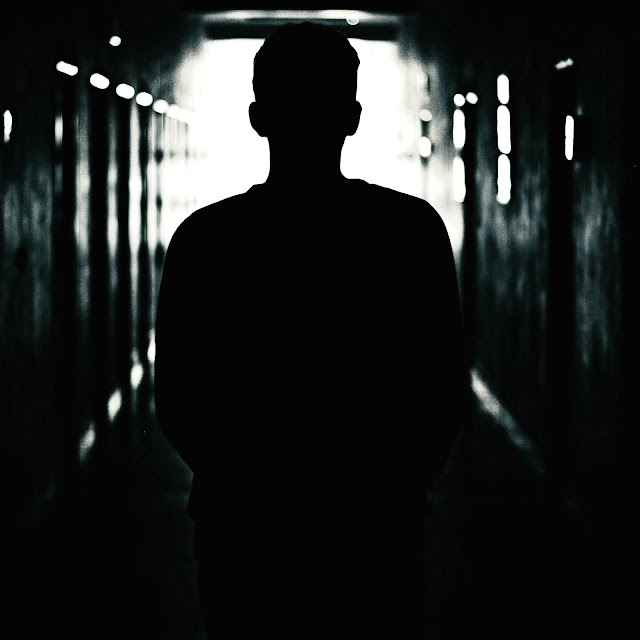 'We've been expecting you,' he says. At this point he swings the heavy wooden door out toward the street allowing the searing energy of the music to fill the street. It is a up-tempo jazz song with a man singing. Nina enters and stands at the back of the club. It is packed with people dancing. 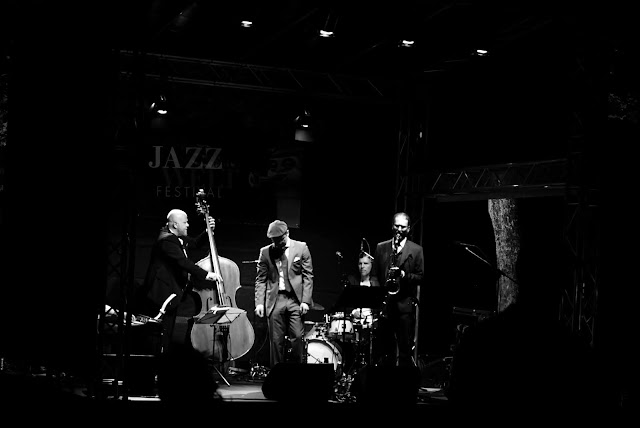 People look at Nina and slowly a chatter builds among them and it heads toward the stage. By the time the up-tempo song ends the singer on stage has been told of who has just entered the club. He smiles and looks off into the dark crowded club. It is Grampa. He knows Nina is there and begins to sing a slower song, one that he knows she wants to hear him sing. 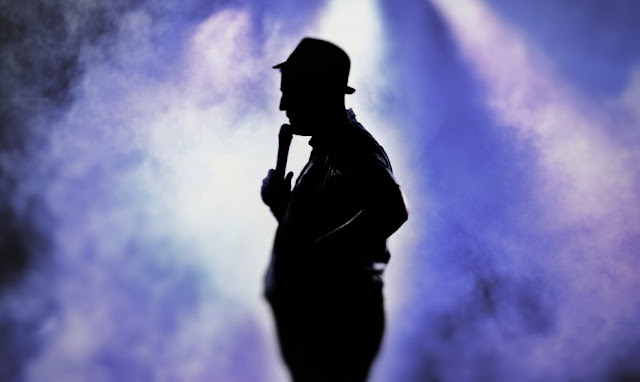 As Grampa sings very slowly the crowd of people begins to part like the sea. Nina is beaming with a bright smile and she nods in thanks to those allowing her to move toward the stage. Her walk is more of a float as she makes it across this massive dance floor near the end of Grampa's song to her. They stare at each other as the vocals end and the music slowly fades.

Grampa steps down from the stage and takes Nina by the hands. They speak softly to each other but the words are not clear. Grampa looks back toward the band on the stage and gives them a nod. They break into a mid-tempo song as Nina and Grampa begin to dance. Slowly we pull back from them as the crowd begins to fill in around them. 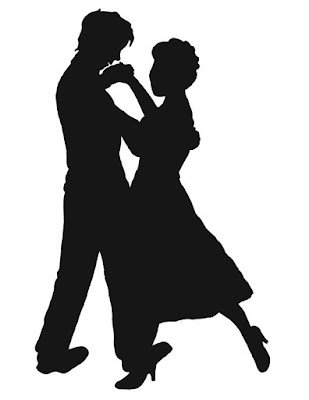 Posted by Christopher Setterlund at 3:15 PM