In Their Footsteps: Cape Cod History - Charles Freeman, the Man Who Sacrificed His Daughter For God

Insane, or not insane, that is the question. In the case of one of Cape Cod’s most horrific and heartbreaking crimes this question was at the forefront. The village of Pocasset in Bourne was the backdrop for the sacrifice murder of a 4-year old little girl by her father while her mother watched. Her father said God had told him to do it. Despite never shying away from the deed years later he was living a free life. This is the confusing and somber story of how a man’s religious fanaticism led to him murdering his own child. This is the story of Charles Freeman.

Charles F. Freeman was born in Highgate, Vermont on February 17, 1846. He lived a quiet life as a cordwainer (shoemaker) until enlisting in the Union Army at age sixteen in 1862. After the Civil War ended Freeman moved to Natick and Lynn, Massachusetts meeting Hattie Ellis. The couple married in 1869 with Hattie giving birth to their first child, a daughter named Lillian, born in September 1870. 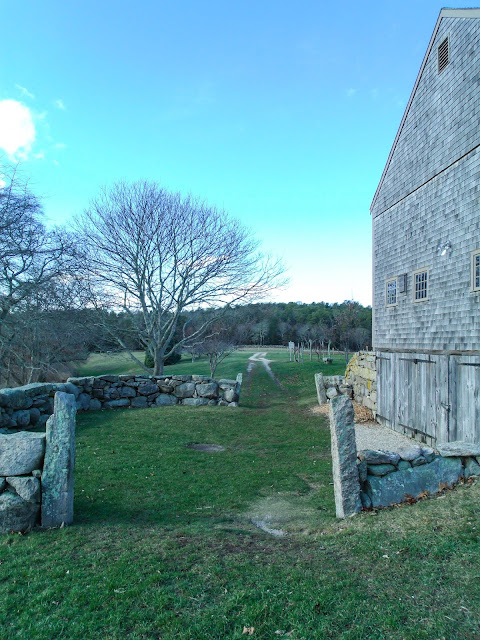 Lillian died before her first birthday. Charles and Hattie had two more daughters Bessie in 1872 and Edith in 1874. Shortly after Edith’s birth the entire family moved from Lynn to the small village of Pocasset. The family settled in a small farmhouse in an area of the village known as Putts Hollow. It was after moving to the quiet village after spending years near the bustling city of Boston that Freeman found himself restless. He found his way back to religion.

Freeman dabbled in religion after returning from war but quickly fell out of it. When he moved to Pocasset Freeman began teaching the Methodist Sunday School. It was during this time that he became enthralled with an offshoot of the Methodist religion, a group called the Second Adventists. Freeman rapidly became an outspoken member of the group, so much so that he eventually became self-appointed leader.

During the winter of 1877-78 somewhere between 25-30 members of the Methodist church left to form the Second Adventist group. They had been banned from speaking at Methodist events due to how frantically they would speak about the second coming. Charles Freeman’s enthusiasm became fanaticism as he wrapped himself in the Second Adventist beliefs.

In April 1879 Freeman’s religious fervor continued to grow. He began to feel as if he should become an evangelist of the group and go forth spreading the word of the Lord. When it came to these desires it was said that Freeman’s wife Hattie was completely subservient and under the thumb of her husband.

The reckless fanaticism continued to spiral unchecked. At one point during April 1879 Freeman converted Hattie’s sister to the Second Adventist church while her husband was at sea. This angered his brother-in-law so much that he wished to shoot Freeman. This greatly shook Freeman.

It all came to a head at the end of April. Charles Freeman had not been eating for several days. He began speaking of hearing voices and seeing visions. It was during this time that Freeman would later claim that God came to him. He told Freeman he would need to sacrifice a member of his family to ‘rudely awaken the world from its present condition.’ Freeman waited for the word on who the target had to be.

On the evening of April 30, 1879 he got his answer. Freeman said that God revealed that it was his youngest daughter Edith who would be the victim. After putting Bessie and Edith to bed he told Hattie of what he had to do. She tried to dissuade him from doing the deed, however she was a subservient wife above all else and eventually relented.

In the early morning hours of May 1st Charles and Hattie prayed in their bedroom. Charles grabbed a large knife out of his shed while Hattie grabbed an oil lamp. She held the lamp above their sleeping daughter Edith. Charles quickly plunged the knife into Edith’s side right below her heart. She was purported to have cried ‘Oh, Papa.’ Hattie took Bessie into their bedroom while Charles wept and held onto Edith until she died.

The next day Freeman called a meeting of the Second Adventists at his farmhouse. It was there that he told the entire story of what had happened. They initially refused to believe what they had heard. Freeman concluded his half-hour speech by showing the contingent the body of Edith as proof of the sacrifice he had made. They in turn agreed to not alert the police. That remained the case until the 16-year old daughter of a Second Adventist told the story to a young Constable she was interested in named Seth Redding.

The next morning Redding visited the Freeman homestead. Charles told the same story. He doubled-down though by stating that God said Edith would rise again after three days. Charles and Hattie Freeman were both arrested and brought to the Barnstable County Jail. Freeman had said his deed would awaken the world and he was half-right. The story went nationwide of a father murdering his four-year old daughter by decree of God. People were horrified and denounced the Freeman’s as wicked.

Dr. George Munsell from Harwich examined both Charles and Hattie declaring both to be in a ‘morbid mental state.’ Charles Freeman while in jail was joyous and carefree, holding on to his belief that he had done right by God. Hattie Freeman on the other hand was grief-stricken and prone to bouts of uncontrollable weeping.

Little Edith Freeman was buried May 4, 1879. Despite being asked not to speak at the funeral Second Adventist Alden Davis did anyway causing a near riot between the church members and village folk. This included Davis carrying Edith’s casket outside of the church after his speech was stopped. Only after Edith had been covered in earth did the battle end.

Charles and Hattie Freeman would have to wait three years to know their fate. On May 5, 1880 Charles was sent to the Danvers State Hospital where he remained until his murder trial began in Barnstable Court on December 5, 1883. In the time since the death of little Edith Charles’ religious rantings had abated. Hattie Freeman took the stand during the trial now saying that she had seen through the delusions that had previously blinded her. Dr. Munsell believed that Charles was not of sound mind when he committed the heinous murder due to several reasons. He chalked it up to Freeman’s long service in the Military, being overworked for years, a rough bout of diphtheria, and finally the small town life of Pocasset leaving him in need of guidance which he found in the Second Adventists. Five other physicians corroborated Munsell’s theory. Charles Freeman was found not guilty by reason of insanity on December 6, 1883 after the jury deliberated for a mere ten minutes.

Freeman was returned to Danvers State Hospital. He remained there, appearing to be of sound mind the longer he got away from his time as a Second Adventist. On March 17, 1887 Charles Freeman was discharged from the hospital being classified as not insane. He did not return to Cape Cod after leaving Danvers opting to move his family to Chicago.

Charles F. Freeman died on November 4, 1928 at the age of 82 in Lawrence, Michigan. His wife Hattie died 2 years earlier in 1926 at the age of 79. Bessie Freeman, who was 6-years old when her father murdered her sister, lived until the age of 82, dying in 1954. The saddest part of this entire story is that of 4-year old Edith. Not only was she murdered by her father as a sacrifice to God, but today she is buried in Pocasset Cemetery on County Road in an unmarked grave. She is all but lost to history.

Posted by Christopher Setterlund at 9:45 AM

Fascinating story. I came across a newspaper article about Edith's murder and continued to look for follow up stories on the parents. Thanks for putting the missing piece in place. Good read, sad story.