In My Footsteps: The History of the Video Game Arcade

Although they still exist today the video arcade's heyday was the 1980's. The soundtrack of many an 80's child's life was the buzz of countless video games being played all at once. In the days before the home consoles like PlayStation and Xbox made arcades less appealing the best way to play your favorite game was to fill your pockets with quarters, get on your bike and ride to the nearest arcade.

What we think of as an arcade in the last few decades is an offshoot of what was originally called a 'penny arcade.' These were actually the evolution of what was called an amusement parlor. These first came about in the 1880's and 1890's and were quite popular. They featured photos, and later motion pictures, some appropriate for all ages, and some risque ones. However as with most things the novelty wore off and by the turn of the 20th century they were revamped as penny arcades.

A typical penny arcade had non-electric pinball machines, fortune teller machines, love testers, strength machines, slot machines, and coin-operated Amberolas which were very old school phonographs. The term itself came into the American lexicon around 1905 and centered around the cost to operate any of the machines.

What Gen-X kids think of as arcades had their start in the early-1970's. In the summer of 1971 Nutting Industries, based out of Milwaukee, Wisconsin, created the first commercially sold coin-operated video game. Designed by Nolan Bushnell and Ted Dabney the game called Computer Space pitted a player-controlled rocket ship against two computer-controlled flying saucers. For old school gamers it was essentially Asteroids without the titular asteroids. Initially 1,500 of the games were assembled and it became a success on college campuses. However it was not a hit anywhere else and the sales slowed with less than 1,000 being sold and no further units being built. Though not a resounding success it did allow Bushnell and Dabney to start their own video game company the following year: Atari. The arcade as a concept though was about to get going when Pong was invented in 1972 and eventually sold 19,000 units.

The 1970's saw classic video games like Space Invaders, Asteroids, Galaxian, Tank, and others lay the groundwork for the new arcade phenomenon. In the mid to late-1970's bans on pinball machines were lifted (yes they were banned in some states in the 1940's being seen as units of gambling) and the original arcade amusement game was back in action. As the 70's turned into the 80's arcades became the place to hangout on weekends and after school, as long as you had enough quarters though.

1982 was the peak year for the video arcade in America with around 13,000 locations. Icons like Pac-Man, Ms. Pac-Man, Donkey Kong, Frogger, Centipede, and Mario Bros burst onto the scene in the early-1980's. Some of the most popular machines in arcades could pull in $400 ($1,078 in 2020) in quarters a week at the time. At this point the stand-up video game consoles began appearing elsewhere like grocery stores, restaurants, and shopping malls.

Above all others Pac-Man became the giant of arcade games. Developed by Japanese company Namco in 1980 it was a nonviolent alternative to most games of the day which made it appealing to women. Namco sold 400,000 units of Pac-Man to arcades around the globe making the company $3.5 billion in sales by 1990. In the peak year of 1982 estimates had Americans spending $8 million ($21.5 million in 2020) a week playing Pac-Man in arcades. The game spawned tons of merchandise, a cartoon show, a Ms. Pac-Man game, and even a parody song 'Pac-Man Fever' in 1982 by Jerry Buckner and Gary Garcia that reached #9 on the Billboard Top 100 Chart.

For as high as the highs were in the early-to-mid-1980's the video game arcade began to decline as the decade moved along. The release of the Nintendo Entertainment System in 1985 kept some kids at home to play a lot of the popular arcade games. The other main cause of the decline of the arcade ended up being its own success. Many arcade owners were making lots of money and thought more machines meant more money. They were ordering more games than their clientele could support. This was coupled with the underlying fear of arcades and video games in genera being a bad influence on the youth of America. That feeling had been there festering just below the surface for decades and had been a part of the aforementioned pinball machine ban.

The final factor was the Video Game Crash of 1983. This was essentially an over-saturation of the market, specifically by Atari, and an influx of low quality games like the infamous E.T. debacle. It led to a recession in the video game market that did not end until Nintendo released the NES in late-1985. The video game industry as a whole saw its revenue drop from over $12 billion at the peak to $100 million in 1985.

A renaissance occurred in 1991 with the release of Street Fighter II. Selling more than 60,000 machines it was seen as a game that needed to be played in an arcade rather than home console. Mortal Kombat came in 1992 and the arcades drew new customers to their locations. These games though came with the stigma of being too violent and did not make a total resurgence of the industry possible. Plus the advent of higher quality consoles like PlayStation, Xbox, and Nintendo 64 in the mid-1990's made staying home to play preferable.

Today video arcades do still exist. Most of these though are as a part of a larger entertainment complex like Dave and Buster's, Ryan Family Amusement, Chuck E Cheese, and others. Stand alone arcades are harder to find. In 2017 it was listed by Arcade Heroes.com that there were 2,500 such arcades in America, though it is unknown what the 2020 number is.

The increase in online gaming and high quality home consoles likely means that a huge upswing in arcades won't happen anytime soon. However the stand-up machines have become something of a collector's item and people have taken to buying their favorite game and having it in their own home. It likely brings back fond childhood memories without the worry of running out of quarters.

The Rise and Fall of the Penny Arcade - American Antiquities.com 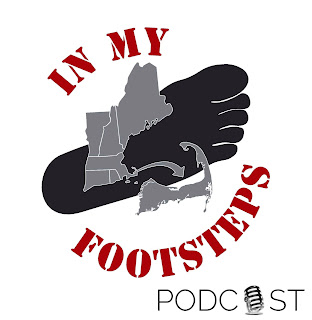 Posted by Christopher Setterlund at 3:31 PM