I remember where I was on Tuesday morning September 11, 2001.  Hard to believe it was 20 years ago now, maybe it's because I lived through it.  Manhattan is more than 250 miles from where I lived on Cape Cod.  However it might as well have been next door as everything I witnessed felt like it was right outside my door.

I remember being in the midst of writing a mundane email to my friend Barry.  I remember I was going to tell him I was going to visit Nickerson State Park in Brewster on my day off.  It all seems so small but I remember, I wish I had kept writing that email and sent it instead of turning off the computer. 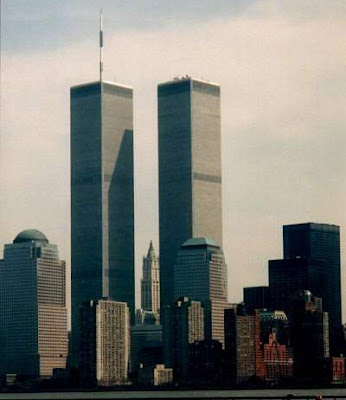 I remember my mother's frantic screams when she heard the first radio reports in her car.  I remember her yelling into the house for us to put on the television.  I remember sitting on the couch and watching as the towers fell.  I remember the memories of visiting the Twin Towers when I was in 7th Grade all came flooding back.  I never visited the top but I remember the enormity of the buildings from the outside and from the lobby.  I remember a surreal feeling knowing they were now only a memory.  It was like I was floating, or falling down an elevator shaft.  I remember having that feeling for the next few days.

I remember my sister Kate, pregnant with my niece Emma (now 19), frantically calling my then-brother-in-law Peter out on a job landscaping, making sure he was alright, and making sure to let him know that the world as we knew it was coming to an end.  I remember my niece Kaleigh, all of 2 and a half years old(now 22), staring at us with a mix of concern and curiosity at what was on the television that was causing all of our fear and angst.  I remember not feeling tired though my heart ached for the thousands of people in New York, Washington, and Pennsylvania affected directly by the attacks.

I remember wanting to close my eyes as if it might make it all disappear, but then I remember fearing that I'd reopen them and another plane might be hurtling through the sky toward a populated area.  It was as if I was waiting for a cut scene like it was a docudrama where they would say 'that's what the end of days would look like.'  Then life would go back to normal, but it didn't.  I remember staring outside at the beautiful late summer day in front of me and contrasting it with the scene of utter horror on the television.  I remember feeling detached and attached to the situation at the same time. 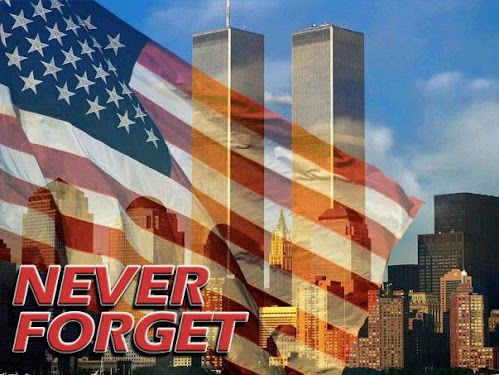 I remember not feeling hunger but I still felt the need to venture out to make certain that my world close by was still standing.  I remember driving around town where everything in my little corner of the world looked the same yet I knew everything was different.  I remember feeling so small, but then feeling so much pride and love for the firefighters and police that were walking into the battle zone when everyone else was running away.  I remember sitting frozen still on the couch for fourteen hours watching, still hoping in vain that there would be a disclaimer on the screen that said it was all a hoax.  It would be like War of the Worlds on the radio, even as night fell I clung to that belief.
I remember the next morning at work at The Marshside.  I remember standing on the deck with Maui who I had known for 8 years at that point.  I remember still having that feeling of falling as we spoke.  I remember the deep blue sky untouched by the gentle exhaust of aircraft.  I also remember the silence, the overwhelming deafening silence that surrounded those days.  I remember the names coming out over the next few days.  I remember the photos, the interviews, the magazines, the newspapers; I still have them so I will always remember.

I remember attending a candlelight vigil and meeting a few people that had come from Ground Zero and had helped in the massive recovery effort.  I remember each anniversary of the day that changed our world. I still have a box full of newspapers, magazines, and other such things from those days.  I gathered them to make sure I always remembered.

It's still hard to believe that it has been 20 years now.  Please take a moment, even if you knew nobody involved, or have never even been to New York, to remember what happened on 9/11.  We are all part of one family, the human family, above all else, always remember that.  Peace and love.

Posted by Christopher Setterlund at 2:15 PM