In My Footsteps: Happy Birthday Grampa in Heaven (Coping with Grief and Loss)

Nobody tells you how grief and loss are going to affect you. There is no text book on coping to follow. Suddenly you look up and more than 6 months have gone by and you barely remember anything that happened. That’s where I’m at. Opening my eyes, my mind, my heart and soul to try to right a ship which has been capsized and taking on water since the spring began.
My Grampa John Sullivan was the most important man in my life. The person who I wanted to be, who gave me the blueprint on being a man, being a true success in life simply by living his. He passed in May, 5 months ago, but the sense of grief and loss began weeks earlier when he was admitted to a nursing home and began a quick decline from Alzheimer’s. It was when I realized this was soon to be the end that I began to dive back into a familiar coping mechanism, alcohol. It’s far easier to numb feelings than to deal with them. 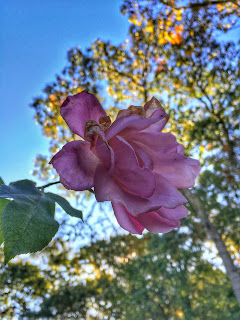 It was easy to get lose in the cycle of grief, depression, and coping with alcohol. Everyone else I know, family, friends, etc, they all had their own problems. I was able to slip through the cracks, not because they didn’t care, but because I wanted to. I wanted to be alone with sadness and guilt. Sadness because he was gone, guilt because I felt like I had yet to become all of the things he knew I could be.
During the first few months I reached out to lots of people, I even got to see some old friends I hadn’t seen in forever, but those moments were band-aids I tore off with a few shots once I was alone. I released my 5th book, I was on television, I had more eyes on what I had worked so hard at for years, but I preferred to sit alone and drink and be depressed. So that’s what I did, every day for over 6 months.
I felt that a grand sadness was the only way I could show my Grampa how important he was. That as soon as I felt like I had grieved enough and I needed to put my life back on track I would step back and feel like it was disrespecting him to ‘only’ be sad for a month, 2 months, 3 months. I kept his obituary open on my phone for 4 months to keep that fire of grief burning. I would think about opening up to people about what was going on but the wounds were so raw, the immense hurt bubbling just below the surface that I didn’t dare face them again like I had to during Grampa’s decline and right after his death. Alcohol made it possible to feel but not feel.
Things were only exacerbated by increasing stress at work. The days would be so filled with drama there that I could not wait to get home and drink to forget everything. It became a double whammy, grieving my Grampa and drowning my sorrows from a stressful job. It also became the convenient excuse why I stopped reaching out to people. I had no time, work was stressful, I also had 2 other jobs, personal training and writing, I needed to focus on that. It was partially true. I believe you make time for who and what is important. I made alcohol and sadness important and always had time for that.
More than 6 months have passed since I visited my Grampa in the nursing home and got my first taste of what Alzheimer’s was doing to him. In the time since lots has happened but I barely remember any of it. There would be moments of clarity where I’d ask myself what he’d think of how I was reacting to his death. I knew he’d be disappointed but alcohol made me forget that and go another day. 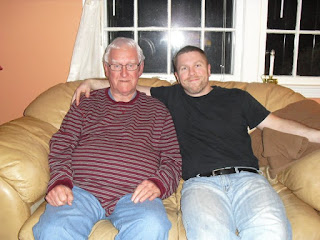 With Grampa’s birthday today I decided to finally try to stop drinking as a makeshift present to him. More so stopping drinking will allow me to truly get life and career back on track, giving me a better chance to become what he believed. That’s the true birthday gift, to him and to myself, since mine is November 2nd. Today is Day 3, and I can’t believe that it took me so long to finally have the strength to actually say I love you Grampa and I will keep your memory strong not by drinking and grieving, but by living the best life I can.
To anyone out there who has lost a loved one, or close friend recently, or anytime for that matter, remember there is no guide book on coping with grief. Some days I feel like it all just happened, other days I feel like it was so long ago that I need to get a grip and move on. I keep coming back to his words and his belief in me as my compass. Again, everyone deals with loss differently, and I hope that anyone out there dealing with it finds the strength and courage to keep on moving forward for the ones they lost, for the ones still here, and mostly for yourself.

Posted by Christopher Setterlund at 2:51 PM

Wow Christopher, this was very moving and honest. I hope that you are healing now and in your own way. Yes, it is a very personal thing, nobody can tell us how to grieve. If you believe in such things, I would not be surprised if your Grandfather will be sending you signs and messages, when he feels you are ready, letting you know that he is well and happy. My father sent me some crazy obvious signs that could not be denied, it was so healing! Thanks again for your great writings.