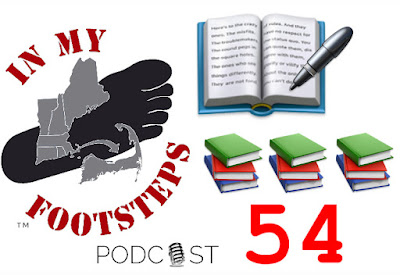 Posted by Christopher Setterlund at 8:44 AM No comments: 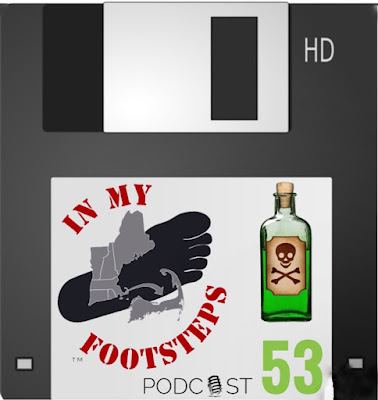 Posted by Christopher Setterlund at 11:23 AM No comments:

In Their Footsteps: Cape Cod History - The Buried Treasure of Mabel Simpkins-Agassiz

The name Mabel Simpkins-Agassiz might not ring a bell to many currently residing on Cape Cod. Her name does carry a lot of weight today especially in Yarmouth. First and foremost the sandy beach at Dennis Pond on Summer Street once was owned by Mabel. It was part of the Sandyside estate that the Simpkins family called home for generations. As she aged Mabel leased the beach to the town for use by ‘the children of Yarmouth.'

Mabel Simpkins was the sister of John Simpkins. He was a U.S. Representative from Massachusetts from 1890-1891. Perhaps more notably for locals is the school that bore his name for decades. Now senior apartments, not very long ago the stoic brick building on Yarmouth’s Old Main Street was known as John Simpkins Elementary School.

In addition to the beach at Dennis Pond, Mabel Simpkins made several generous donations to the town. These included the John Simpkins wing of the Yarmouth Port Library as well as creating the Cape Cod Library Club. Despite these contributions to her home town and despite her well known local family there is one thing Mabel might be known for above all else. It is a story of the treasure she buried on her Sandyside property nearly a century ago.

The saga of Mabel Simpkins’ buried treasure started with her marriage to George Agassiz in June 1902. Agassiz himself was part of a famed family also. George was an astronomer and zoologist and Harvard graduate. His father Alexander was a scientist and engineer. While his grandfather Louis was an important biologist and geologist.

The newlyweds took their honeymoon to Europe, specifically Italy. It was there that they visited a relatively new automobile company known as Fabbrica Italiana Automobili Torino or FIAT. George and Mabel purchased a brand new 1904 FIAT 24/32HP. These expensive luxury vehicles were made from 1903-1905 and had top speeds in excess of 75km/h(46mph).

The auto was built fresh, listed as Chassis No.745 shipped to America in June 1904. In total the vehicle cost the couple $9,000($279,000 in 2021). Once on Cape Cod it became only the second vehicle registered in Yarmouth. Overall at the time there were a measly sixteen vehicles registered on the entire Cape. Mabel and her brother Charles Simpkins did the majority of the driving of the vehicle taking it on trips all over Cape Cod. For twenty-seven years Mabel and Charles enjoyed innumerable cruises around Cape Cod in the FIAT 24/32HP.

Charles died suddenly of a heart attack in June 1931 at the age of sixty-four. Mabel was devastated. She had a deep emotional connection to the automobile and tried desperately to find a buyer. However the vehicle was nearing three decades in service and it was not seen as a worthwhile investment. Rather than simply cut bait with such a special piece of machinery Mabel had a far different, and far more unique idea.

Much like a beloved member of the family the FIAT was given a proper burial on the property of Sandyside in 1932. For many years the FIAT remained underground, out of sight but not out of mind. In fact the rumor and legend of the buried car in Yarmouth Port grew. The rumor and legend made it to the ears of Boston resident Ted Robertson in 1942.

Robertson contacted Mabel and asked for permission to ‘exhume’ the FIAT. She agreed and Robertson purchased the vehicle sight-unseen for $50($848 in 2021). When Robertson and his crew dug up the vehicle he was amazed at its condition. The FIAT had been buried upside-down, with its seats removed, and with its wheels on top of it like arms folded across the chest of a body.

Remarkably despite it being in well-worn condition the FIAT was sold in between several different collectors over the proceeding decades. Robertson went on to found the Sports Car Club of America in 1944. David Uihlein from Milwaukee bought it for $500($5,200 in 2021) in 1952 and kept it stored for forty years. Restorations on the vehicle did not take place until the early 1990’s. The FIAT was returned to its former glory despite being nearly a century old including ten of those years being spent underground. In 2007 Jan Bruijn of the Netherlands bought it. He held on to it until 2018 when it was sold at auction through Bonhams for $808,000.

After the FIAT was exhumed and sold off Mabel and George continued to live at Sandyside in Yarmouth Port. George Agassiz died in February 1951 at the age of 89. In memorial Harvard University named their observatory at Oak Ridge in Harvard, Massachusetts after George. After his death Mabel moved to Dedham, Massachusetts where she lived out her remaining years. She died in March 1961 at the age of 91.

Despite the story of the buried FIAT on her property might spring to mind first when thinking of Mabel Simpkins-Agassiz it is far from her most important contributions to Cape Cod. She was a hugely giving benefactor to her hometown of Yarmouth. From Dennis Pond to the Bass River Road and Gun Club, Yarmouth Port Library to John Simpkins Elementary School, her fingerprints were and still are apparent all over Yarmouth. 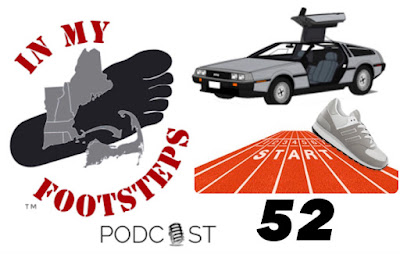 Posted by Christopher Setterlund at 1:20 PM No comments: 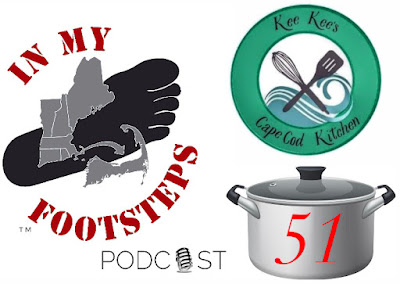 Posted by Christopher Setterlund at 8:17 AM No comments: