In My Footsteps: You Don't Get the Time Back

There are so many buzzword catchphrases that I could start this off with.

In short, it is always wise to say what is needed, or at the very least give face time to those that matter in your life. I am here to tell you that sometimes those few moments that did not happen, or those few words that were not said, can end up becoming the largest regrets you carry. 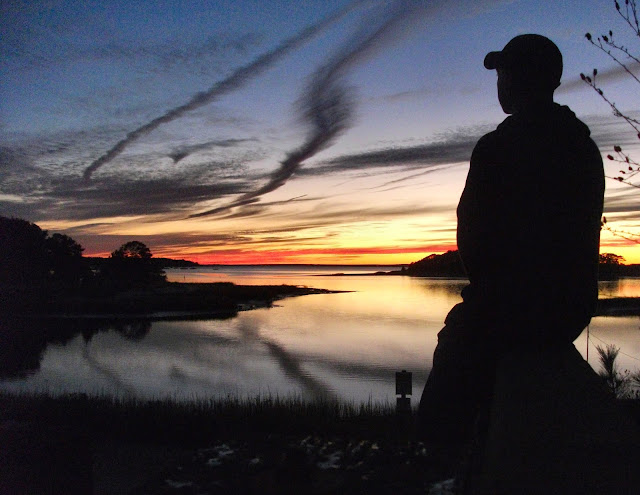 Before I go back three years I first have to go back thirty-six years. In 1984 my family moved into a neighborhood that I would do most of my growing up in. The Cherry Lane neighborhood still to this day holds more memories and means more to my life than any place I’ve known. I spent fourteen years wearing out those streets. Many of those years I spent wearing them out with a kid that I met almost immediately upon getting there.

Living diagonally across the street from my family was a kid my age named Matt and his family. We got along great from the start. As a pair of seven year old boys we shared interests like bike riding, GI Joe, baseball, and just being outside making a mess of ourselves.

Matt and I came of age in the mid-1980’s. It was ‘get outside, and don’t come home until the streetlights come on.’ A far cry from 2020. We would take our bikes and ride to the corner store, or play countless games of catch. Matt had a fastball that people twice his age would have killed for. I hated catching for him, it hurt like hell. I even remember getting whacked in the nuts a few times because I wasn’t fast enough. Eventually I asked him to use a tennis ball to throw. We played Farm League baseball together and I remember being so glad I didn’t have to get in the batter’s box against him.

The two of us became as close as brothers. Of course as all brothers do we would fight, sometimes badly, but eventually we would come back around. My first job I ever had was at his family’s general store stocking shelves at the age of twelve. There were numerous sleepovers, birthday parties, trips to Nickerson State Park, even one where we got lost wandering the roads trying to find our way back to the parking lot. The song that heavily influenced my formative years, ‘Smells Like Teen Spirit’ by Nirvana, I heard it sitting in Matt’s bedroom. He was one of my first true best friends. 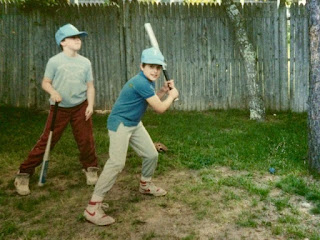 As we entered high school we grew apart, it was just the circumstance and time, like a pair of boats once docked together but the waves slowly pull them out of sight of one another. Years went by, I neither saw nor heard from my old friend. Flash forward to 2016 and a chance meeting.

Ironically Matt and I would reunite and continue to meet up at a small Stop and Shop not far from where either of us lived. A lot had changed as we chatted as adults. Matt was now married and had recently become a father. He would joke about enjoying the peace and quiet of shopping but was always in a semi-hurry to get back to his family. We would reminisce about those old days while always speaking of today and what the future held for each of us. The meetings were usually brief, 5-10 minutes, yet happened more regularly that I imagined, almost as if we waited to go shopping when we assumed the other would be there.

Flash forward again to the fall of 2017. My life had begun a downward trajectory. My dream of being a full-time personal trainer and writer was dimming. I had started realizing that the hours needed to succeed working at the gym I was at would never come. Money was growing scarce and my stress level steadily increased. I wondered how long I could keep stubbornly going down this path with my head down. Yet I did not want to admit defeat and have to go back to doing something menial that did not leave me feeling happy. It was at this time that I began to seriously withdraw, wanting only to go home after work, have a few drinks, and wait with baited breath for some good news.

On one such evening after work I found myself at Stop and Shop. I was looking to grab whatever I needed quickly and get out of there. I looked up and spotted Matt with his cart. He did not see me though and rather than circle around to find him and chat like we had done many times before I stayed back and let him get out of sight, avoiding the conversation because mentally I was not feeling it. As I watched him vanish around a corner I never once thought it would be the last time I saw him.

Only a few days later one of my sisters texted me while I was working the front desk at the gym. She asked if something had happened to Matt. It was then that I saw the Facebook posts. It was his wife’s post on his page that brought the truth crashing down on me.  Matt was gone.  Ironically I had seen Matt’s post the night before about visiting a casino and I had thought about commenting, making a joke about winning big, but I didn’t.  Just like that he was gone.

It is hard to process a life changing moment while trying to keep a happy face on at work. It was like the feeling inside of falling down an elevator shaft nonstop. Almost immediately the regret over a pair of missed connections in the previous few days overtook me. It is a feeling that is virtually impossible to shake, in some ways I still haven’t. You always figure that if you don’t talk with someone that there will be a next time. Then where there isn’t it is surreal. I collected hundreds of memories with Matt and now that’s all they are is memories.

More than 2 ½ years have passed now. I wish I could say that I now take full advantage of the time I have with people I care about. I am better but still not great. The loss of one of my oldest friends definitely changed me. It’s like a rolling cycle of depression, alcohol, recognition, dusting myself off, and trying to make a new start. I have also begun to realize it’s all part of being human. It’s not being scared of being flawed, of feeling difficult things in however you have to in order to push forward.

This was never something I wanted to write or share. This piece has been in the back of my mind for a few years. I feel it necessary to unburden myself of some guilt.  Maybe others who have lost someone close to them without getting that last chance to speak with them, or worse having the chance but not taking advantage of it, will be able to relate. I miss my old friend and I am sorry to him that I missed out on our last meeting. Someday we will meet again and this time I'll be glad to catch a real baseball from you.

Posted by Christopher Setterlund at 9:37 PM